If you didn’t know much about your pelvic floor before babies, you’re in good company. Maybe you still feel a little in the dark. But just like a mother’s abdominal muscles go through lots of changes to grow and deliver a baby, so does her pelvic floor. Understanding exactly what these changes might be is a huge step in making sense of this part of the body. It can also improve understanding of issues that arise during pregnancy, delivery, or postpartum. Let’s start with a look at pregnancy.

How the pelvic floor changes during pregnancy

There are three big factors to consider during pregnancy. These are hormones, increased pressure, and the effects of posture.

Hormones and the pregnant pelvic floor

Hormones play a crucial role in maintenance and progression of pregnancy. They also cause soft tissue to elongate and become more pliable. Soft tissues are structures like muscles, ligaments, or tendons. We need increased give in these tissues to allow for the stretching of pregnancy and delivery.

However, this stretching also occurs in the muscles of the pelvic floor. Any muscle functions best when it is neither too long nor too short. So, as the pelvic floor lengthens and becomes more pliable, it also loses some of its strength and endurance. This can result in pelvic floor issues in some women.

Additionally, hormones play a role in slowing down the bowels. This is advantageous for the baby because there is more time to absorb vital nutrients. For the mother, though, this can mean an increased chance of constipation as more water is also absorbed. And constipation can lead to increased pressure on the pelvic floor as well as more stretching from the pressure.

Constipation and soft tissue pliability aren’t the only causes of increased pressure on the pelvic floor. As the baby grows and drops lower into its mother’s pelvis, the weight of the baby also contributes to the pressure.

Further, the growing baby changes the options a mother has for creating stability. We need stability in the spine and pelvis for almost every movement we make. As the belly grows, the mother can no longer use her diaphragm, abs, or pelvic floor in the same way. This can cause her to bear down in an effort to create stability. Bearing down puts more pressure on the pelvic floor, which can contribute to incontinence, pelvic organ prolapse, or increased tension in these muscles.

How posture affects the pelvic floor

Changes in posture are one of the major reasons why a mother needs to change her stabilizing strategy. As the baby grows in front of her, the mother’s ribs spread and her back arches to allow more space for the baby. These changes impact the orientation and the relationship between the mother’s diaphragm and pelvic floor. This relationship is an important part of creating internal stability, so its uncoupling causes problems in some women. In other women, this isn’t an issue until the postpartum stage. (We’ll come back to this part.)

This study summarizes well the changes that occur to the pelvic floor during pregnancy and the resultant potential for incontinence. Although similar changes occur in all mothers, it’s important to remember that different women adapt in different ways. While some end up with weak pelvic floors, others overuse their pelvic floor muscles. And either can result in problems. It’s important to understand how your body adapts to pregnancy, so you can address your unique needs.

The impact of delivery on the pelvic floor

If you haven’t considered the pelvic floor changes that occur during pregnancy, you’ve probably given some thought to what happens at delivery. No matter how delivery occurs, the pelvic floor has a significant role.

When childbirth goes according to plan

For a successful vaginal delivery, the ability of the pelvic floor to relax and contract are both important. It needs to relax and open up to 3 times its normal length. This allows the baby to pass through the birth canal with decreased odds of tearing. For women who have difficulty relaxing their pelvic floors, this is like closing the baby’s exit door.

However, if there isn’t enough tension in the pelvic floor, birth can occur too quickly, which also increases injury risk. In this case, the injury is more likely to occur in non-muscular structures, like fascia. Fascia is a soft tissue that gives support to the muscles and organs of the pelvis. This is why good pelvic floor strength is important even before delivery. Strong pelvic floor muscles naturally hold enough tension to control the expulsion of the baby, so excessive force isn’t distributed to the fascia.

During delivery, there are a lot of factors that can influence the ability of the pelvic floor to contract or relax. The positioning of the mother, especially her hips, can affect pelvic floor function as does the position of the baby. The mother’s breathing also influences her pelvic floor control. And even simple things, like how full her bladder is, can affect her ability to relax.

Adverse effects that may occur during childbirth

Although plenty of births occur without issue, the task of getting a baby to the outside world creates the potential for injury. Approximately 90% of women who give birth vaginally experience some degree of tearing of the tissue surrounding the vagina. An episiotomy, which can be controversial, is the cutting of this same tissue by the physician.

Other possible injuries occur when there is compression or stretching of the nerves that control the pelvic floor. Such an injury can affect pelvic floor strength, reflexive control of sphincters, or support to internal organs. The use of instruments during delivery, the size and positioning of both the mother and the baby, and a prolonged pushing phase can also increase the chances of injury. (You can find more research here and here).

None of this means that the mother will not make a full recovery after birth. Any recovery depends on multiple factors. However, pelvic floor issues in the postpartum stage often relate to trauma that occurred during delivery. Before we get to that, let’s consider the of impact c-sections.

What this means for the pelvic floor after babies

At this point, it’s apparent that a lot of changes occur in the pelvic floor during pregnancy and delivery. So, the goal postpartum is to resume normal function. For most women, this means finding a happy medium where there is neither too little nor too much demand on her pelvic floor.

A woman’s natural tendency to overuse or underuse her pelvic floor will depend on a wide variety of variables. These can include any possible injuries that occurred during birth as well as her method of delivery. Also, the hormones of breastfeeding continue the increased stretch of muscles, ligaments, and tendons that began during pregnancy. For lots of women, this is a factor in their recovery.

Another consideration is the changes a woman makes to her posture during pregnancy. Some of these resolve after delivery, while others remain even months or years down the road. These can look different in different women. Some of the factors that might influence pelvic floor function are abdominal weakness, hip weakness, rib cage mobility, hip mobility, and altered breathing patterns.

How to improve your pelvic floor function

Hopefully, you now have a better understanding of all the potential for change to the pelvic floor that occurs with motherhood. When we discuss postpartum issues, like incontinence or prolapse, it’s easy to think that the pelvic floor is to blame. However, it’s really an integral part in a much larger system, that includes the diaphragm and the abdominals. The real answers generally lie in how these components work together rather than in one isolated part.

Likewise, when the issue is pain or abdominal separation or changes in belly shape, the pelvic floor still has a role. These are not indications of isolated abdominal weakness, but rather signs that the internal stabilizing system, or deepest core, could use some attention.

If you need help problem solving any of these issues, the professional best suited to guide you is a pelvic floor physical therapist. If for any reason, one of these incredible individuals isn’t available to you, that’s exactly why I designed my postpartum program—so you can trouble shoot from the privacy of your own home. 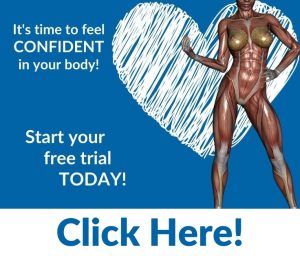